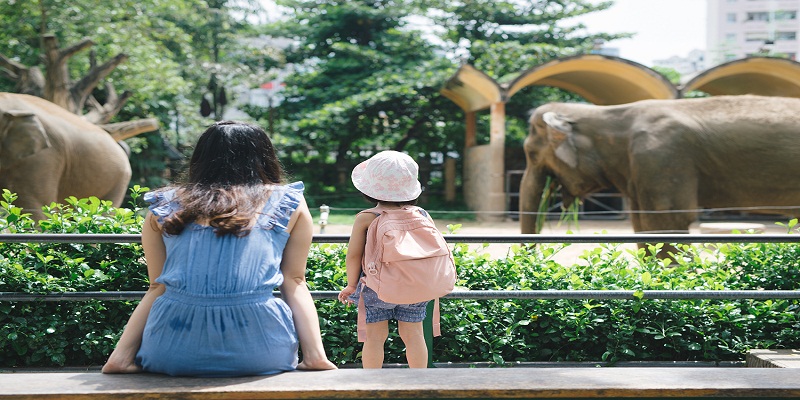 Animal rights activists in Indonesia and from all over the world have condemned the whole crew of the Zoo in Indonesia where an orangutan has been filmed smoking cigarette flicked by a visitor.

At Bandung Zoo as well as Odon, 22, a visitor flicked cigarette in to an enclosure, an orangutan picked that cigarette up and begun puffing. The video clip of this incident has gone viral across the globe, even on few bigger news sites like BBC, CNN, and many other news site in Indonesia.

The whole staff of the Bandung Zoo are ashamed on it and they said that this is regrettable and the guard may have been on a break at the time of incident.

Indonesia has one of the highest smoking rates in the world and a bad record of animal protection.

Indonesia comes in the list of the countries with highest smoking rates in the world and they also had a bad reputation for animal rights and protection. “There is really a sign” a spokesperson at the zoo said that there are measures in the zoo to avoid exactly this thing from happening.

There is actually a sign at zoo that says that visitors aren’t allowed to throw food, drinks and cigarettes to animals,” stated by Sulhan, the spokesperson at Bandung Zoo.

Marison Guciano, the founder of Indonesian Animal Welfare Society, targeted the management of Bandung Zoo for “Weak control”. However also criticized wider lack of the welfare standards at zoos. “Most if not all the zoos in worst conditions, from the feeding needs and cages to health of the animals”, Marison Guciano added.

There must been calls to shut off these zoos, located 150 kilometer (93 miles) southeast of capital Jakarta, since year 2017. This demand followed an online footage of bears at same zoo seen skinny and begging for meals from visitors in video filmed in July 2016.

Smoking monkeys isn’t the first time caught in captivity. In year 2012 a Tori named orangutan at Taru Jurung Zoo in central Java learnt how to smoke when it picked up cigarette butts from a visitor. The zoo move 15 year old orangutan out of visitors’ reach in order to put her habit to end. Another incident, when in the year 2010, a Charlie named chimpanzee became famous in South Africa for his habit of smoking and died at 52 years of age.

What is SWOT & Its Role in Market Research?