How to Remove Super Glue from Skin, Lips and Eyes?

Home - General - How to Remove Super Glue from Skin, Lips and Eyes? 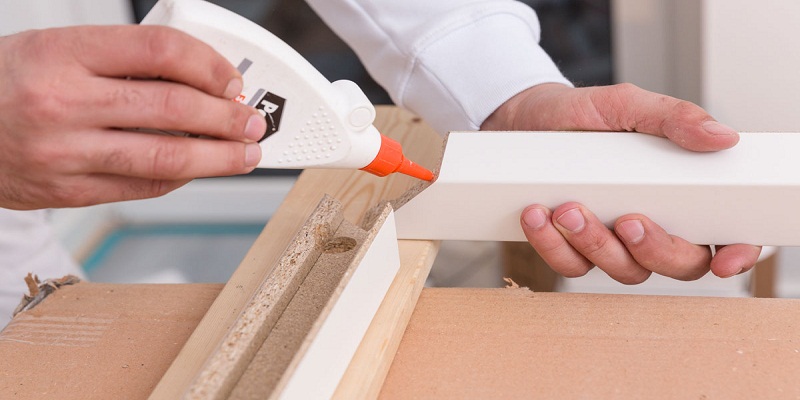 It is normal when we use super glue that it is a little attached to our skin, and if you let the situation go in its normal course, it can take many days to remove. But if you have urgency and do not want to walk with your fingers full of super glue, do not worry as here I will tell you the most feasible ways to eliminate it in a few minutes adhered specifically on the skin.

If it is directly on the hands and non-delicate parts of the skin, try the problem once, do not despair and try not to pull the waste. Soak the area in acetone and with a little cotton, rub gently until it is squeezed, almost all of us have acetone in the house, and it will be very easy to solve the problem.

Another way to get rid of the super glue on hands is to put a little cream on the affected areas and let it act for a few minutes, then with a nail file shave gently to remove the residue. Always have patience and do not despair.

The situation is totally different if it falls on mucous membranes of eye, in this case, always consult with your doctor, but do not worry or despair as I will tell you if it does not fall so invasively in the eye, you can counteract it.

Specifically on the Lips

On the lips, it is very easy to remove and it may take a couple of days but if you want to accelerate the process, take a bag of moistened in hot water, wait for it to warm and place it on the area where the glue has fallen and leave it for a few minutes until it is cooled and repeat the process. Do not ingest or try to rip the residue of super glue with your teeth or fingers or else you will do much damage and even you can have scratched your lips painfully.

Specifically in the Eyes

In the eyes, it can be dangerous but if it is externally, you can do with a tea bag of warm chamomile and do the same process as if it were on the lips, and this will soften a little, refreshing the eye. You can also apply some baby oil.

If it is internal, my advice is that you go to the doctor, although it is indicated that the material is released after a few hours, you may experience alterations in vision, so it is important to be evaluated by a specialist. Always in these situations, try to remain calm but act quickly.

In the late 1930s and throughout 1940s, aircraft domes went from heavier glass to be made in acrylic. Thanks to the fact that it was easy to mold and to its greater resistance, the acrylic offered to the pilots a better visibility than that of glass, that had to be mounted in pieces on an opaque frame to form the dome.

Still at Eastman Kodack but now at his Tennessee headquarters, Coover was working again on this issue. The chemist led a team experimenting with acrylate polymers hoping to find an optically transparent plastic that could withstand the stresses of a jet’s flight.

Fred Joyner, one of Coover’s teammates, prepared a sample of the chemical compounds from a long list, and the research team set out to measure its refractive index, the degree to which the material reflects light. Joyner placed ethyl cyanoacrylate between two very expensive prisms called refractometers, took note of the result obtained, and then, after separating, he discovered that it was not capable.

The cyanoacrylate had hit the two expensive glass prisms, and neither Joyner nor his companions could find a way to take them off. Coover then realized the importance of the discovery he had already made nine years earlier. He said that I didn’t realize it wasn’t a suitable material for viewers but adhesive of its kind.

Now that he had opened his eyes, Coover took a sample of Joyner’s monomers and tried to stick with everything he found in the lab. The glue was instant and very resistant, more than any other available at the time.

Unlike epoxy resins and other similar adhesives, cyanoacrylate was relatively easy to use. Cyanoacrylate is a substance capable of solidifying without the need for a special solvent, a catalyst. It becomes solid when it is applied and pressed to form a thin film, which facilitates the liquid to mix with the moisture that covers the surface to be bonded.

As on most surfaces, you can find a certain amount of moisture, the cyanoacrylate was a perfect adhesive to glue anything.

Like any inventor of the Atomic Age, Coover presented his discovery to the growing US television audience. In 1959, he appeared on the television show called ‘I’ve Got a Secret.’ whose viewers applied a drop of super glue between two steel cylinders to stick them so tightly that withstood the weight of both the presenters, Garry Moore and Coover himself to be suspended on the set of the program attached to one of the steel cylinders off the ground without the other.

This trick amazed the television audience, but the Tennessee Eastman company did not bring a commercial product to the public until 1973. The Eastman 910, which was marketed under this brand name, was very expensive and only available for industrial use. You can find out more here about super glue brands available today.

But even though it was already available on the market, the super glue could not escape its military uses. Its first sale was to the engineering company Mason & Hanger. According to Coover, Mason & Hanger used the super glue in assembling the nuclear weapons. But it was not in the viewers for firearms, the blanks of fighters or nuclear weapons where cyanoacrylate proved to be the greatest promise in its military use. Instead Coover saw it as a possible breakthrough in medicine, particularly to treat combat wounds.

Super Glue – A Miraculous Adhesive with Interesting Story of Invention