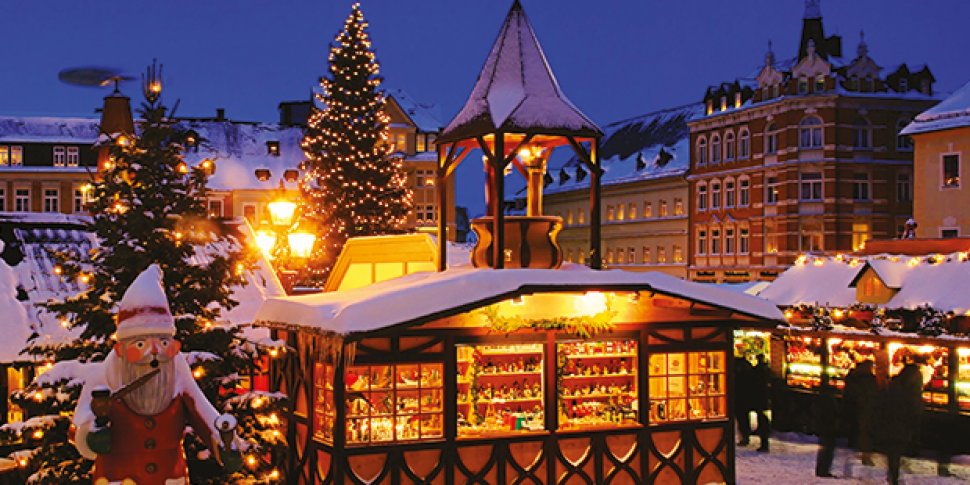 Christmas markets are characteristic symbols of the festivities in Europe. Data from the medieval era, when the markets first appeared in German-speaking regions such as Alsace, Germany, Tyrol and Austria. Since then, this custom has reached to many European cities.

Dresden is the capital of Saxony and the city with the oldest Christmas market in Germany. The market is called Striezelmarkt and began in 1434. It is mounted around the historic center until 24 December. It is most famous for its Christmas cake, Hefestriezel, from which the name is derived from the market, and the highest Christmas pyramid in the world.

From the fourteenth century, the Munich Christmas Market was held in the distinguished Marienplatz. Since then they gathers here and positioned throughout the capital of Bavaria, offering handmade decorations, some carved in wood, a traditional custom of the region as well as gingerbread cookies and candles made of beeswax. Marienplatz market offers choices of workshops for children with different activities.

The capital of Alsace in France is also considered by many as the capital of Christmas. Around the cathedral Christkindelmärik find different stalls, Christmas market, held for the first time in 1570. It was at this celebration that the custom of the decorating Christmas tree began at home, which originally hung apples. When the apples were scarce, decorative balls started hanging in the trees. Today, the square hosts not only substantial kiosks decorations for the tree, home, etc., but also a huge tree is decorated with lights and ornaments.

The market in Brussels, called ‘Winter Wonders’ includes to an ice rink and a toboggan run in the heart of the city. The route crosses about 2 km market with craft stalls, plus processions, choirs and other street entertainment. Undoubtedly, the best thing about the market is its cuisine.

The Cologne Cathedral is arguably the most abysmal image when you get to the door. Imagine its huge Gothic towers, protected by UNESCO, now imagine the Christmas market surrounding it. It is an image which gathers 2 million visitors each year and about 160 stalls surrounding one of the biggest Christmas trees in Germany.

With more than 60 Christmas markets in Berlin, it’s hard to choose just one. Although much younger than their counterparts in other parts of Europe, all have their charm. Both the market that is installed in front of the Charlottenburg Palace, illuminating gardens and surroundings, the Alexanderplatz or riding on the doors of the church Kaiser Wilhelm not only for being must-see attractions in Berlin, worth a visit.

Netherlands is also known for its Christmas markets. Located at the southern end of the country, near the borders with Germany and Belgium, the town of Valkenburg organizes one of the most original European markets. Instead of mounting outdoors, this market is located in a medieval cave, where in addition to stalls with Christmas gifts, find the home of St. Nicholas, or rather, Santa Claus.

The squares of the historic center and Wenceslas Prague are filled with stalls during the holidays, in addition to small stalls in the Plaza of the Republic and the permanent market Havel. You can find each and every item related to Christmas i.e. Christmas Wreaths, tress, decorative items and many more.

Located in the park oldest in Europe, Tivoli Gardens, the Christmas market is very fun, especially for younger family members. Every year the theme changes and 29 attractions remain open. If you get bored to get on the attractions or stroll among the stalls, you can choose ice skating on the natural lake of the park.