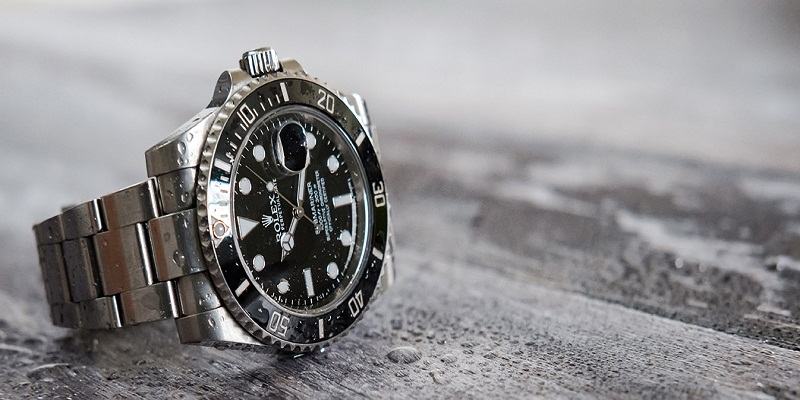 Sports, for human beings, have always been important in improving their basic skills and social interactions as well. The history of sports extends as far as the beginning of a social life for human beings. Earlier, many sporting activities served as a useful way for people to increase their mastery and apply it to their own development. The contribution of sports in human history is undeniable. Change in social structures, technology, equipments and facilities also introduced a change in the way sports are played and received today. Whether the land or the sea, man has conquered many worlds to enjoy the beauty of sports. Rolex too participated in this spectacular evolution by designing a watch that is in perfect sync with the needs of a sportsman, with its Yacht Master watch.

The Yacht Mater yellow gold watch has a 35 mm body and comes with an officially certified Swiss chronometer (COSC). The watch features self-winding movement and is waterproof to 100 metres/330 feet.  The watch is designed for the women of substance, who believe in power of change. The watch has an oyster bracelet and a rotatable bezel. The sporty elegance of the watch and its technologically brilliant features make it a perfect timepiece for women. The watch has been a favourite of many professional athletes with its fine appearance and precise functioning.

Venus Williams, the ace tennis player, a powerful woman as she is, bears striking resemblance to the Yacht Master Rolex watch, with both being the ultimate symbol of strength. The American player, who is also a former world No.1 has won three Olympic gold medals till now, much more than any other female tennis player. Venus is admired for her confidence and power packed performance on court. Venus has served as an inspiration for many young players across the globe. She was entailed as one among ‘30 Legends of Women’s Tennis: Past, Present and Future’ in the month of June 2011 by Time magazine. She was also ranked as the 25th best player in 40 years by the Tennis magazine in 2005.

In 2001, Venus was named as one of the 30 most powerful women in America by Ladies Home Journal. Having campaigned for gender equality in sports, Venus argued strongly for an equal pay for men and women in the French open and Wimbledon tournaments. She fought for equalization for prize money and succeeded in 2007 with her terms getting accepted by the Wimbledon officials. Apart from these achievements, she also won many awards throughout her career that include a Caesars Tennis Classic Achievement Award, an Anti-Defamation League Americanism Award, a YWCA GLA Phenomenal Woman of the Year Award and many more.

How to Choose a Hot Dog Cooker?