What are the Unique Features in Samsung Galaxy Note 8?

Home - General - What are the Unique Features in Samsung Galaxy Note 8? 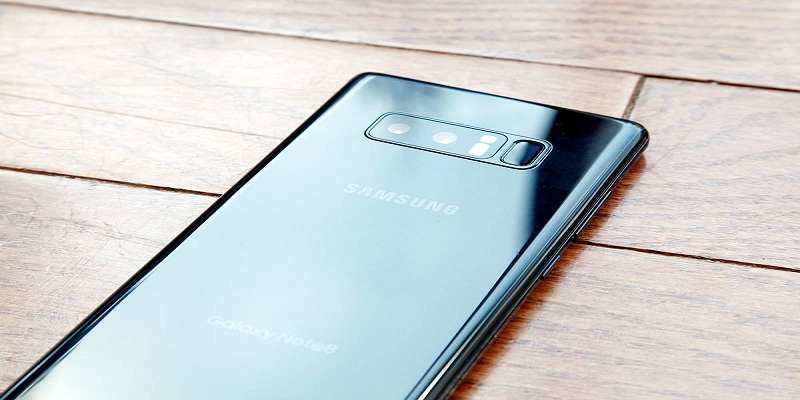 People nowadays look for the latest products. In fact, they wait for the latest products to launch. As soon as these products arrive in the market people choose to buy them. Smartphone are the one thing people cannot turn their heads away from. Even of one does not plan to buy a new smart phone they still look out for the latest phones features and prices. With this new smartphone obsession in people, the intensity of competition in the market has raised. Lately, the biggest talk of the market is the latest Samsung Galaxy Note 8. Here are the reason why you should definitely go for Samsung Galaxy Note 8.

Samsung introducing its latest phone with a bang. It is full of the features we definitely wish for a smartphone to have. The big display, the iconic waterproofing, the camera, the latest gear but hello Bixby? Yes, this just happened. It is loaded with features.

Samsung Galaxy Note 8 definitely gives us the big screen we have all been asking for. Its ‘Infinity Display’ gives a larger screen without and bezel to give the maximum space to the screen. It comes with a curve. The dimension of the phone are reasonable for how the screen of big sized phones should be. The uniqueness of galaxy with the dust- and water-resistant body never gets old though.

Samsung Galaxy Note 8 literally goes big on the screen this time. The 6.3-inch display screen with great aspect ratio and HDR, the users could not be more excited about this phone. The screen is curved and has the best pixels. Maybe till now, it is the best-looking screen ever. The big screen need bigger more impressive features. Its immersive AMOLED display bashes out at the Quad HD and default the quality to 1080p.

Even though the Bixby Voice has not been launched yet. The Google Assistant is on board though, inspired by iPhone’s Siri.

Even though it is not similar to Siri, It is just a name that the phone will have and all apps can be opened one asking the Bixby. Bixby Home, Bixby Reminders and all other features are pre-loaded, but Bixby does very little. The Bixby button might just confuse us with the volume control buttons.

Samsung Galaxy Note 8 comes with many enhanced features and better look. So here is your guide to know the newest Samsung offering in detail.

Here is a list of some pros that you will be interested to learn about in the Samsung Galaxy Note 8.

The phone has upto 256 GB extendable memory card support capacity which is a great deal in the given price range.

Samsung Galaxy Note 8 is also the first smartphone to feature 10nm processor which helps it to browse and download in gigabit capacity. It is one of the fastest processor phones in the market with 3GB RAM.

It is IP68 approved which makes it dust and water proof. So no more worrying about dust exposure or water drenching.

Samsung Galaxy Note 8 is introducing the new Eye Scanning Technology for better security. The phone will scan your iris to unlock the phone. If you want immediate unlock, you can use the face detection feature as well.

It is boasting a high processing speed, a large storage capacity and am magnificent display but it has lacked once more in the battery department. With a 3000mAh, users already think that it is not going to be enough. Samsung has faced battery issues as late as last year and many would expect that the company will concentrate on strengthening the hardware over the software support. One other thing that might be considered a con regarding the battery issue is that the battery is non-removable. Because of the merged back design, the aluminum back is not detachable.

While the Infinity Display is fascinating for many, it also presents as a con for the device. It is not one hand carry, the screen is bezzle-free which means that there are more chance of it getting dirty and messy.

Samsung Galaxy Note 8 has a 64GB storage. For some people, it is very less.  Especially with people who prefer to store majority of their data in their device and phone. The phone also has hybrid SIM slot where you can use two SIM cars or one SIM card and memory card.

Which Drill Bit Should I Buy?

How To Find a best rated emergency Locksmith Near Me?