What Places to See in Barcelona?

Home - General - What Places to See in Barcelona? 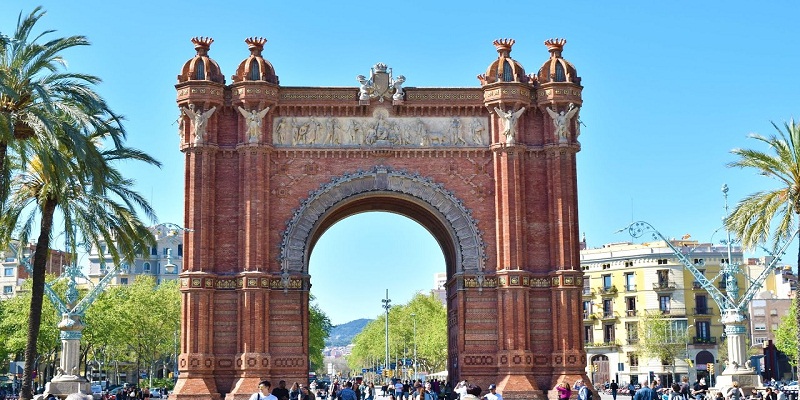 Barcelona is admired worldwide for its natural setting, flanked by the mountains of the Pyrenees and the warm waters of the Mediterranean, but it is much more than that. The writer Carlos Ruiz Zafon defined his native Barcelona as the bark of a tree. That is, where you walk and you can appreciate the different layers or the historical periods of mankind, from the medieval streets of the Gothic Quarter, through the modernist buildings of Gaudí to buoyant architecture of the twentieth century in the port area. In this piece of writing, we will talk about some place you cannot miss when you visit Barcelona and you can also find the best area to stay in Barcelona.

Casa Batllo was commissioned by the textile industrialist Josep Batllo by Gaudi. When you are in front of the building, it will seem that the huge windows are mouths of giants. Every corner is full of curvilinear details that forces to stop a few minutes to observe them. Pay close attention to the swirling forms of roofs, the stone stairs, and of course, the terrace for a viewpoint that seems to be inhabited by dragons.

Park Guell is one of the most outstanding works of public Gaudí. It was called the garden city because it was conceived from the beginning as a luxury residential complex. However, the project failed among the city’s elite and only three plots were sold. Today, it serves only an anecdote, because the Guell Park is visited by millions of tourists every year. In it you will appreciate the time Gaudí abandoned the classic patterns of architecture to venture into modernism. The plasticity of nature can be seen in its undulating mosaic benches covered in stone tree and the salamander seems to be slipping into one of the steps of the park.

You cannot leave out the stadium of one of the most famous teams in the world. The city is literally paralyzed when FC Barcelona is being played. And this team has its windows filed with local and international trophies, it raises passion and makes the city a point of great celebration. If you cannot attend a game, do not miss the opportunity to enter the club museum, the most visited museum in Barcelona after Picasso museum.

For the different attractions it has, visiting Montjuïc deserves a day, mount stone served to raise both the cathedral and the castle of Montjuïc. From the castle, you will have a splendid view of 360 degrees. There are four things you cannot miss in Montjuïc which are as follows;